Pros And Cons Of Hydro-Jetting Drain And Sewer Lines

6 Things To Consider Before Laying A Brick Patio

What Do You Do When Your HVAC Freezes In The Summer

How To Buy Quality Granite Slabs For Kitchen Countertops

Is It Illegal To Cut Down Trees On Your Own Property?

How To Lay A Natural Stone Patio

5 Things To Know About The Waterfall Countertop Design

Why Is My HVAC Making Strange Noises

How To Save Money On In-Ground Swimming Pool Installation

Signs to remove a tree in your house 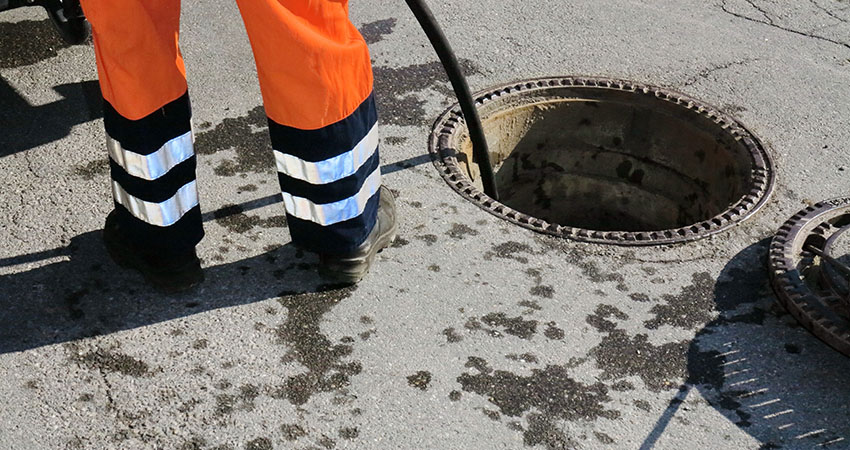 Hydro-jetting is the process of using extremely high pressurized water to break down the materials, items, and objects blocking the drain and sewer lines. These are basically machines that create pressurized water and are used to wash the insides of the pipes. Moreover, such machines are used when blockages are severe and nothing else is supposed to be working. So, if you are planning to get jet/vac services, you might want to consider the pros and cons as well.

Plus, it does not use any chemicals, just a lot of water to clear the pipes. Since the pressure is extremely high, the water is able to break through the blocking materials.

When you contact the hydro-jetting team, they will first visit and perform a camera inspection to see and determine the intensity of the problem inside the drain pipes. Furthermore, the insides of the pipes are inspected as well to see if there is any damage. If hydro-jetting is used in case if there is damage to the walls, it might worsen it. Therefore, professionals thoroughly inspect the walls to ensure that nothing creates a problem during the process.

How it’s done? Firstly, the plumber or drain cleaning professional will inspect the pipe from the cleanout. The cleanout area has a cap on it through which they can easily inspect pipes. Then hydro-jet nozzles are inserted and they are activated whenever they detect a clog and shoot pressurized water in that area of the pipe.

If you are thinking that you can do it yourself, you shouldn’t because a drain contractor knows how much pressure each clog requires for cleaning. An inexperienced individual might burst drain pipes during hydro-jetting.

The first major benefit is obvious. Hydro jetting can handle all sorts of blockage problems. There isn’t anything that it cannot handle. It will simply throw pressurized water until it pushes through the material blocking the drain pipes and wash them away.

Another benefit of hydro-jetting is that it can clean the insides of your drain pipes as well. Although one can use the tried and tested drain snake method but it will only open the pipes temporarily. It cannot clean the insides of the pipes as hydro-jetting would. Once that is done, your pipes are supposed to look as good as new. In addition to that, hydro-jetting neither requires chemicals nor is an invasive procedure. You do not have to do any digging and the access is obtained simply through the cleanout.

Although when it comes to cleaning drain and sewer pipes and clearing obstructions, there is nothing that could match hydro-jetting but there are still several drawbacks.

The first drawback of hydro-jetting is that due to the immense pressure, frail and loose pipes might get damaged. Drain pipes weaken overtime and therefore, hydro-jetting might not be suggested to clean such pipes. However, only a CCTV inspection can tell whether it is possible.

In addition to that, hydro-jetting requires experience and is not a DIY job as mentioned earlier. Hydro-jetting contractors are professionals who have been trained to efficiently and effectively clean the pipes. You might damage the pipes if you were to do it on your own. And since hydro-jetting uses a lot of water, you will have to be careful with its usage. Some states have stringent laws regarding wastage of water and the last thing you would want is a heavy fine imposition.

Concluding, hydro-jetting is an efficient way to solve drain and sewer blockage problems. However, you will need to weigh in the pros and cons if the pipes are old and weak. Do not choose to save a few bucks by performing the task on your own. A damaged pipe will cost even more than the actual job and that is why you should always call drain cleaning companies Greenberg for help.

What Do You Do When Your HVAC Freezes In The Summer

How To Buy Quality Granite Slabs For Kitchen Countertops